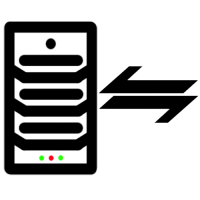 This is a JCA 1.6 resource adapter for async networking IO. In opposite to JCA-Sockets project, SocketConnector is asynchronous and JCA-compliant. Current version allows asynchronous TCP operations via Netty IO engine. This project may also be treated as a JCA reference project utilizing all the major parts of the Java Connectors Architecture. This project also includes a sample application which uses this connector.

SocketConnector only supports TCP interactions for now. UDP support is planned but not yet implemented.

This project is written and tested on WildFly 8 and 9. It includes a deployment descriptor for IronJacamar JCA container as WildFly seems not to support connectors configuration right. By default in IronJacamar-driven environments TCP connection factory will be bound to java:/socket/TCP JNDI path.

You can check your deployment validity by deploying a SocketConnectorTester EAR and taking a quick look into your logs. Tester will download a sample page and report whether everything is all right.

Tester will start a listening socket at 0.0.0.0:23553 and connect to it. Thus it checks both incoming and outcoming interactions.

The main idea behind this connector is to hide non-EJB-compliant Netty IO networking model. Netty is a great networking engine, but Netty 4.x does not support ExecutorService-like thread pools. Since EJBs are not allowed to interact with non-EJB threads and ManagedExecutorService is the only way of thread pooling in managed environment, I needed some kind of a proxy between EJB environment and Netty threading model.

There are several steps to make your network application run:

TCPMessageListener can be configured with several options (via @Activation annotation or a deployment descriptor):