My name is Roman and I'm a full-stack professional and a computer science hacker.

My primary areas of interest these days include:

Throughout my career, I've got exposure to dozens of technologies & approaches allowing me to always pick the best match for any job: from Rust to Javascript, from EJB to Go, from bare metal to Kubernetes, from Cassandra to PostgreSQL.

Not all tech is born equal though, so my personal favourites would be:

I believe in practice making perfect & continuous learning, so I'm always there tinkering with some strange tech. These are the attempts that I'm still somewhat proud of:

Early in my career I contributed to a few open source projects. While not looking like much, these remind me of the earlier days when my body could still work off crisps & soda:

I used to be an avid OSS user (Linux on a microwave sort of thing), but had at some point found myself being too lazy for the task, subsequently converting to a Mac.

Beyond my work on OSS projects, I keep trying to be helpful for the community. My educational activities involve: 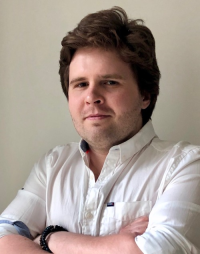